“We are not fighting for nature.
We are nature defending itself”

We are facing the greatest challenge the human family has ever faced; adapt or die! Since 2009 world leaders finally agree that, climate wise, we humans are in a very dangerous position and quick radical change is required to avert a climate crisis that could end life for our species on this planet.

With the approach of the #COP21 conference in Paris (November 30-December 12 2015), a few people have come together in the southern Brazilian city of Curitiba to attempt to make a small bit of positive change. They met up, had meetings, developed plans for 2 weeks of activity during the #COP21, imagined what a more sustainable world might look like and, perhaps most importantly of all, thought about what they felt had to be done for to get to that place..

They named this open, horizontal process or group “Curitiba Pelo Clima” (Curitiba for the climate) and it included a mix of people, some Brazilian, some not, some long time activists, some new to it.. While there were already climate related demos organized in the city for N29, “Curitiba Pelo Clima” felt that more was needed to be done.

A 2 week action plan was created, the #JanelaClimatica (climate window) from Sunday the 29th of November till Saturday the 12th of December. The objective of this was to identify what groups, spaces, projects existed in the city and with that, to try to improve the connections between them, a bit of “getting out of the ghetto”. An online calendar was created and an open invitation was sent out to groups in the city to see if they had events on in this period and if not if they would like to do so, the idea that the calendar would serve as a central info point for people.

During these 2 weeks the group would also set up a physical meeting point in the city, for people to visit, watch live video streams from Paris, watch videos and organize talks around local solutions. This happened in the great bike space / art and cultural centre in the city centre, the bicicletaria cultural. There were also thoughts on using the new Cyclists square too, which is just beside the centre.

The group identified with and supported the ideas of the Climate Games network, who were already setting up physically in Paris, as well as building a bold platform to assist in the required shift to create a sustainable world. So they thought they would set up a team and play along too…

The first little game has been a communication action. The Curitiba group loved the trailer video made and decided to translate the quote and simply try to spread word in the community about #COP21, climate issues, the #ClimateGames, their #JanelaClimatica etc.. the tool of choice has been, but not limited to, the mighty speech bubble and since N29 it is appearing in the streets, on walls, and online. You can see more images as they appear and are archived in the groups facebook album: “Somos a natureza se defendendo a si mesma” #ClimateGames, on their twitter page and on instagram.. This is just the start.. The group are happy to be playing the game.

Aswell as creating a march for the start of their 2 weeks, they also created the first “Peoples Climate Assembly”, apparently the first of its type in Brazil. It was very positive and productive and a second is being planned now for the closing day of action, D12, in a community ecology project in the city, the amazing Park Gomm. Also during the first week in the bicicletaria they have been building up a “climate toolkit” for local groups too.

So, that’s whats going on here “down South”, lets see where it all leads.

All infos on the groups blog: www.curitibapeloclima.wordpress.com 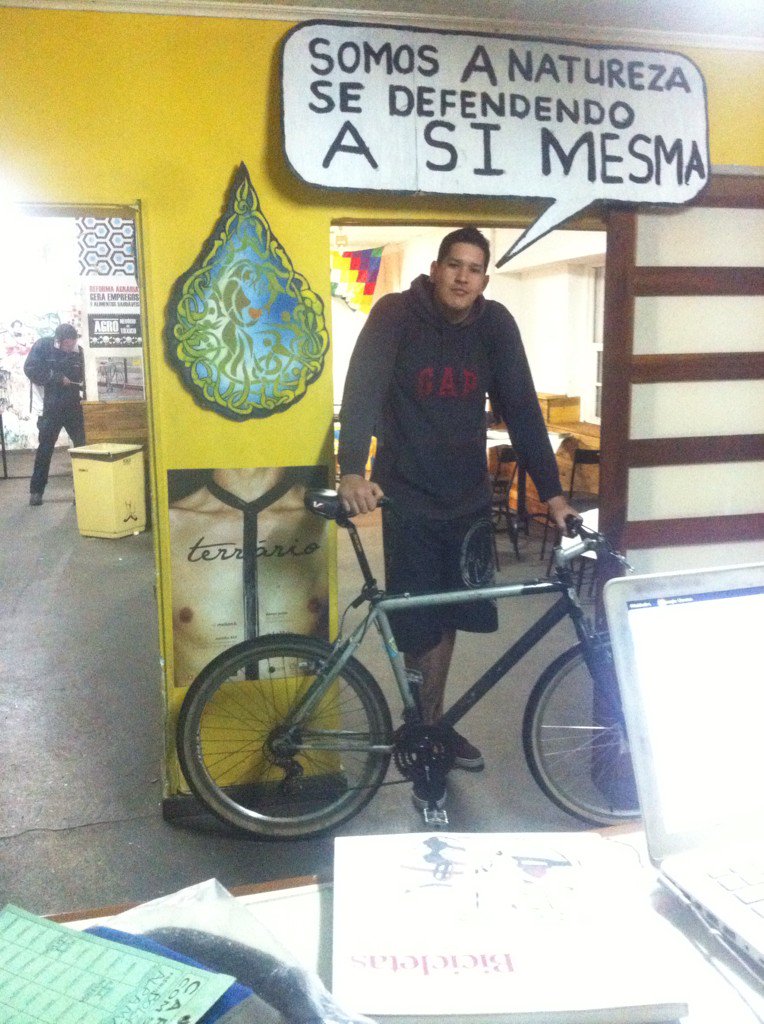 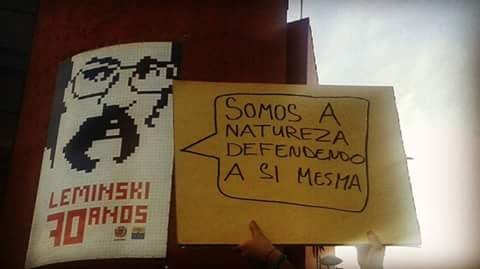